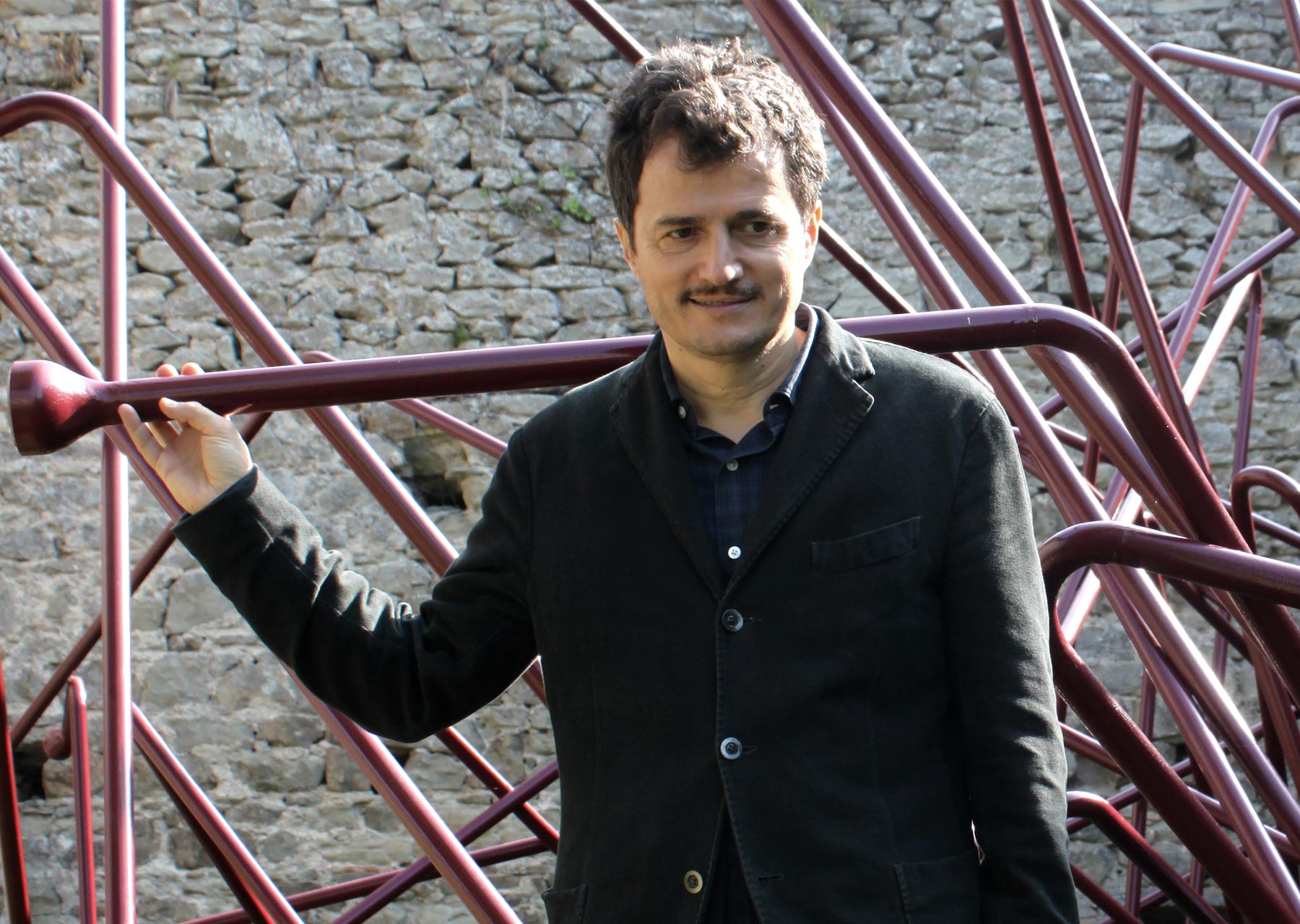 Attilio Stocchi – who lives and works in Milan – graduated in 1991 in architecture at Politecnico of Milan with Vittoriano Viganò.

His design work relates to experimental research in which speech and shade are fragments in the construction of architecture.

Among the open spaces realized there is Viridis(2006) Mention of Honour “Spaces and Public Infrastructures in 2009” in the Gold Medal of the Italian Architecture.

Among the metamorphosis of the monuments Librocielo for the Salone del Mobile 2012, mention of honourin  Settings in the Gold Medal Triennale 2015

Among the parks and gardens, ParcoLumen(2011), honourable mention, Parks and Gardens 2012 for the Gold Medal of Italian Architecture

Among the Settings Attesa(2010) for the Italian Pavillion at the XXII Biannual of Architecture in Venice and Stadia(2015) for the Exhibition “EX_PO. Milan and its distance” at the Triennale in Milan.

He created and projected the Opening Event for the Salone Internazionale del Mobile 2015: “Favilla. Ogni luce una voce”. In 2016 for the XXI Triennale he projected the Milano Pavillion Vermigliaand the Superintendence Pavillion Umbracula.

Designed for Firmamento Milano 2017
Top
We use cookies to ensure that we give you the best experience on our website. If you continue to use this site we will assume that you are happy with it.Ok